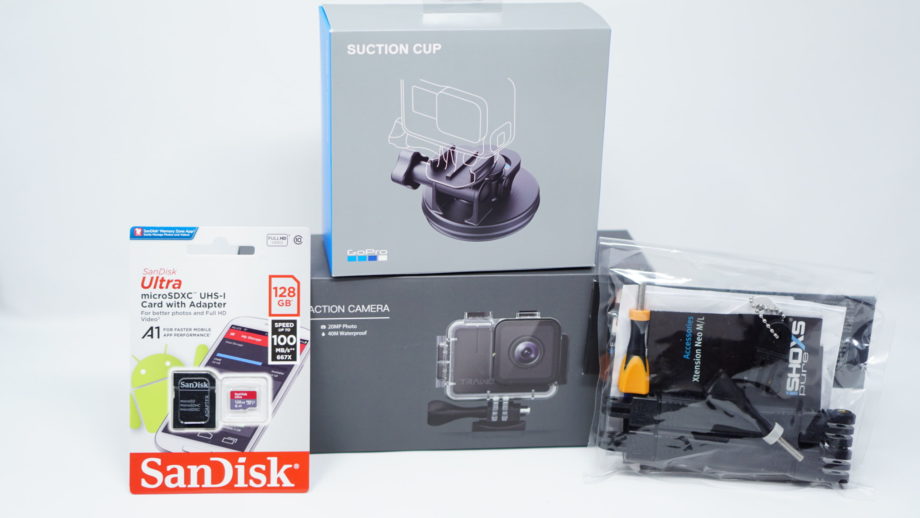 Just fresh arrival. There was a discount at amazon where i have to spend some money !

A new action cam was included.

This cam is in action at the following YouTube Channel

I already own a GoPro Hero 7 Black. Someone may ask – why the hell you need 2 or even more actioncams? You own the GoPro – it should be enough !

But lets throw some considerations into this post. You fix up the action cam to one position (for example with a suction cup at the car). Now you dont wanna just capture one perspective in the Video. Which means, you have to stop really often to change those other camera positions too, and there comes the problem with it. You have dedicates Video Captures with a specific Footage – and you have to recapture it with other camera positions to make a nice composition in the finshed video.

Because the price was below 70€, there is no hesitation. For this decisions i watch youtube videos, and amazon reviews. With those input the Apeman A100 seems not so bad in direct comparison to the GoPro Hero 7 Black. I will show more video captures of it soon :).

At the picture you see: